What is God Of War?

The God Of War, also known as Guan Yu (Guan Kong or “Guan Yu ” or 关羽) died in 220AD. His courtesy name Yunchang, he was a general serving under the warlord Liu Bei （刘备）in the late Eastern Han dynasty.

He played a significant role in the events that led to the collapse of the dynasty and the establishment of the state Shu Han founded by Liu Bei in the Three Kingdom period.

Guan Yu was a chinese military general whose martial prowess was so great that, after his death, he was deified as a god. In modern times, he is revered for his bravery and loyalty. He has also become popular figure in historical fiction, movies and video games in our modern days. 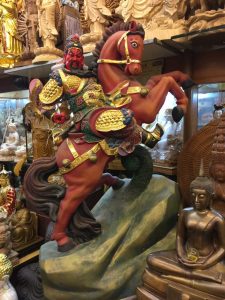 Why do Taoists worship Guan Yu but not Liu Bei, Zhang Fei, or Zhu Ge Liang from the three kingdoms? First of all, it’s not just Taoism but also Confucianism and Buddhism.

The answer is in two Chinese words 忠 and 义 which symbolise the Loyalty and righteousness. 关羽 was portrayed as a tragic hero whose entire life can be summarized by those two words.

He is a perfect role model for any ruling class to promote those values which are crucial to the stability of the society. Chinese are supposed to be loyal to the Emperor and place the righteousness above personal interest. Chinese recognized the value of 关羽 and made him one of their Gods. To this day 关羽 is still being worshiped by Chinese especially by both gangster and police forces.

He is a great general,not just a virtual character.He is known as  “武圣”(a battle saint or God Of War) in China.

What are the benefits of placing a God Of War Statue at home/office?

Many Chinese believe that as a mighty warrior, the god of war is able to rid off evil spirits and protects it’s worshiper from ill fortune. He is often portrayed by the commercial business as a sign of righteousness, loyalty & trustworthiness which are important values in running the business successfully.

List of Other Statues For Sale or Custom Made

Below is a list of other statues for sale in our shop. Do visit our shop to find your ideal statue, custom made is another option if the ready-made statue doesn’t meet your needs.

We provide hand crafted & Ready Made Chinese God of War statues with different types and variety. We have the Standing or Sitting statue, representing the wen 文 and the wu 武 depending on your needs. We offer custom service as well where our experienced and skillful craftsman is able to cater the statue design to your needs and preference to show your sincere respect to the God Of War.

Apart from the New statue Sales, Greca also specializes in Statue Repair Services to repair defects of your existing statues of all types or materials. We restore the old/ancient/heritage statues to near original or mint condition like new. Facelift and coloring service plus accessories are available to refresh your statue to the best form/state.

Call or contact us today for specialize professional services. Your statue will certainly be in good hands. Your satisfaction is our commitment! 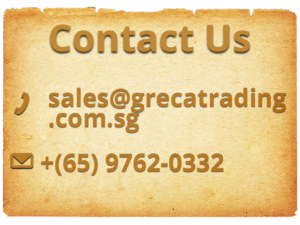 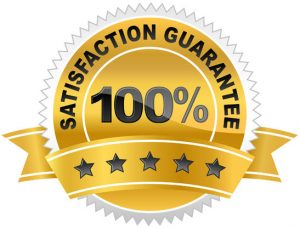